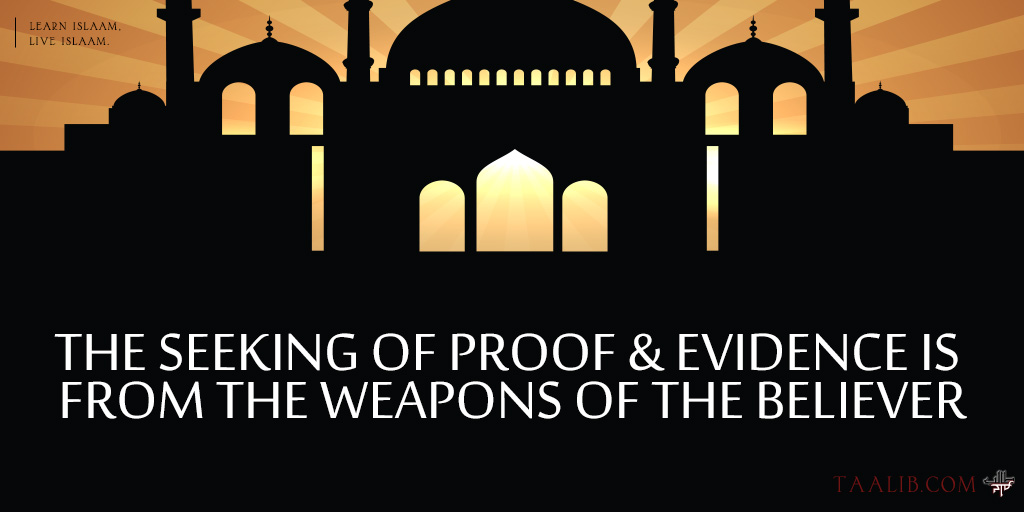 ﴾ Is not He better than your so-called gods, He Who originates creation and shall then repeat it, and Who provides for you from heaven and earth? Is there any god with Allaah? Say: ‘Bring forth your proofs, if you are truthful.’ )- (Surah an-Naml: 64)

Explanation: (Say: “Bring forth your proofs.. )

This is a command for the Prophet, may Allaah praise and salutation be upon him, to rebuke them immediately after they had put forward their own rebuke. Meaning: ‘Say to them: bring your proof, whether it is an intellectual proof or a proof from transmitted knowledge, that would stand as evidence that there is another with Allaah, the Most Glorified and the Most Exalted’. Additionally, it has been said that it means: ‘Bring your proof that there is anyone other than Allaah, the Most High, who is capable of doing that which has been mentioned from His actions, the Most Glorified and the Most Exalted.’(..if you are truthful.) meaning, in this claim. From this it is derived that a claim is not accepted unless clearly indicated by evidences.” 1

“It is possible for someone to simply say, “So and so said such and such.” However we should say, “Produce your proof.” So why did you not ask them for their proof by saying to them: “Where was this said?” Ask them questions such as this, as from your weapons are such questions as: “Where is this from? From which book? From which cassette?…” 2

Making the Most of Ramadhaan: Fasting from Alif to Yaa (Sisters Only)

“It is not proper that any intelligent individual be misled or deceived by the great numbers from among people from the various countries who engage in such a practice. As the truth is not determined by the numerous people who engage in a matter, rather the truth is known by the Sharee’ah evidences. Just as Allaah the Most High says in Surah al-Baqarah, (And they say, “None shall enter Paradise unless he be a Jew or a Christian.” These are only their own desires. Say “Produce your proof if you are truthful.” )-(Surah al-Baqarah: 111) And Allaah the Most High says ( And if you obey most of those on the earth, they will mislead you far away from Allaah’s path. They follow nothing but conjectures, and they do nothing but lie. )-(Surah al-‘Ana’an: 116)’ 3

Sheikh Muhammad Ibn ‘Abdul-Wahaab, may Allaah have mercy upon him, said,

“Additionally verify that knowledge held regarding your beliefs, distinguishing between what is correct and false within it, coming to understand the various areas of knowledge of faith in Allaah alone and the required disbelief in all other objects of worship. You will certainly see various different matters which are called towards and enjoined; so if you see that a matter is in fact one coming from Allaah and His Messenger, then this is what is intended and is desired that you possess. Otherwise, Allaah has certainly given you that which enables you to distinguish between truth and falsehood, if Allaah so wills.

Moreover, this writing of mine- do not conceal it from the author of that work; rather present it to him. He may repent and affirm its truthfulness and then return to the guidance of Allaah, or perhaps if he says that he has a proof for his claims, even if that is only a single statement or if he claims that within my statements there is something unsupported, then request his evidence for that assertion. After this if there is something which continues to cause uncertainty or is a problem for you, then refer it back to me, so that then you are aware of both his statement and mine in that issue. We ask Allaah to guide us, you, and all the Muslims to that which He loves and is pleased with.’ 4

Sheikh ‘Abdullah Ibn ‘Abdur-Rahman Abu Bateen, may Allaah have mercy upon him, said,

“And for an individual, if it becomes clear to him that something is the truth, he should not turn away from it and or be discouraged simply due to the few people who agree with him and the many who oppose him in that, especially in these latter days of this present age. If the ignorant one says: “If this was the truth so and so and so and so would have been aware of it!” However this is the very claim of the disbelievers, in their statement found in the Qur’aan (“If it had truly been good, they would not have preceded us to it!” )-(Surah al-Ahqaaf: 11) and in their statement (“Is it these whom Allaah has favored from amongst us?” )-(Surah al-Ana’am: 53). Yet certainly as Alee Ibn Abee Taalib, may Allaah be pleased with him, stated “Know the truth and then you will know its people.” But for the one who generally stands upon confusion and uncertainty, then every doubt swirls around him. And if the majority of the people were in fact upon the truth today, then Islaam would not be considered strange, yet by Allaah it is today seen as the most strange of affairs!” 5

The short URL of the present article is: https://taalib.com/x6bKU
Tags: beliefsmethodologyproof
ShareTweetPin 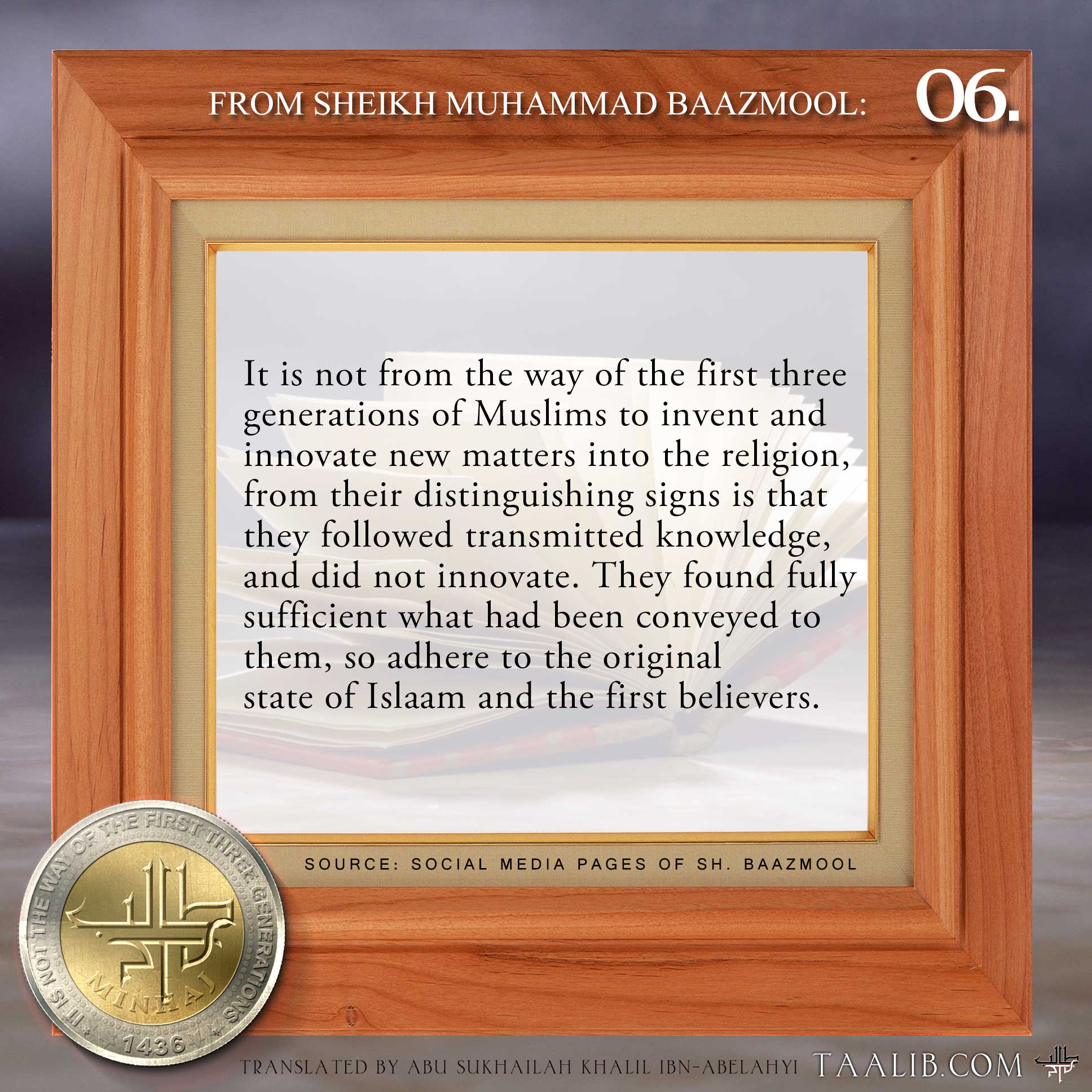