11- To free yourself from the following of desires. Allaah, the Most Perfect and the Most High says, ﴾But if they answer you not, then know that they only follow their own desires. And who is more astray than one who follows his own desires, without guidance from Allaah? Verily! Allaah guides not the people who are wrong-doers. ﴿ -(Surah al-Qasas: 50)

12-To seek beneficial knowledge, and to travel to the scholars of the Sunnah, and to understand the source texts as the first generations understood them. Proceed upon that by benefiting from two tremendous books, the first of which is the book, ((Jaame’a Bayaan al-‘Ilm wa Fadhlihee)12-01) of Hafidh Ibn Abdul-Bar, and the second book is ((ar-Rihlah)12-37) by al-Hafidh al-Khateeb. So that your understanding will be built upon what you have read from the understanding of the first generations of Muslims. This is in order that you stand position of safety from slipping as the people of involved in innovation slips into error, or the weakening and softening of your affairs, as many of the modern callers have weakened and softened theirs. I ask Allaah for guidance for them and us, ameen.

13- To separate yourself from falsehood and its people, with the exception of interacting with them for the purpose of calling them to Allaah. As the believer who mixes with the people and is patient with what he suffers from them is better than the one who does not mix with them and so is not patient with what he would suffer from them, as is affirmed on the Prophet, may Allaah’s praise and His salutations be upon him and his family.

15- I warn them against those who are actually scholars of evil, so that such individual are not able to disguise and conceal from you their behavior and conduct , as Allaah, the Most Perfect and the Most High said, ﴾O you who believe! Verily, there are many of the (Jewish) rabbis and the (Christian) monks who devour the wealth of mankind in falsehood, and hinder (them) from the Way of Allaah ﴿ -(Surah at-Tawbah: 34).

16- Be warned against the regulating and the influencing of the endeavors to call to Allaah by the rulers and the scholars who receive salaries, as the rulers actually seek to diffuse and dissolve the various calls related to Islaam, fearing for their own power and authority. But those truly acquainted with those who call to Allaah know that they are not interested in taking positions of authority but only give importance to rectifying the people of Muslim nation as well as their leaders.

17- I advise them to revisit and reconsider the issues or conflicts that stand between each other and review their statements and writings regarding each other, and to consider carefully their behavior in regard to the problems that they face among themselves. As the enemies of Islaam may seek to promote an specific individual from the ranks of the people of the Sunnah or the one who is affiliated with them, if they do not heal and reconcile the wounds or problems that exists between them.

18- To warn against the people of falsehood according to the limits of your ability and expose their falsehoods, whether this is within the various forms of media or through writing about it. And we consider both of these acts from us a defending fortress and from the fortifications of Islaam. So this is a quickly offered brief advice to the youth of the Islaamic revival. I had previously written it in the fourth issue of the magazine [[al-Bayan]], and it was entitled, My Advice to the People of the Sunnah. Additionally, I had written it and supplemented it in an article entitled, This Is Our Call and Our Belief. And all praise is due to Allaah both of these are printed. I also sent it to the magazine “al-Istiqaamah” as My Advice to the People of Hadeeth. I hope that you will read these three advices, as each of them complements the others. I also have written in the last section of The Sharp Sword against the Apostasy of the Disbelieving Communists, my recommendations to the Muslim rulers. And the books , The Exit from the Tribulation and The Sharp Sword… both encompass my various advices for the students of knowledge. And Allaah is the one who brings success. We trust in Allaah that these efforts put forward for His sake, He will not allow them to be squandered nor wasted.

The short URL of the present article is: https://taalib.com/LVLDJ
Tags: youthrevolutionjihad
ShareTweetPin 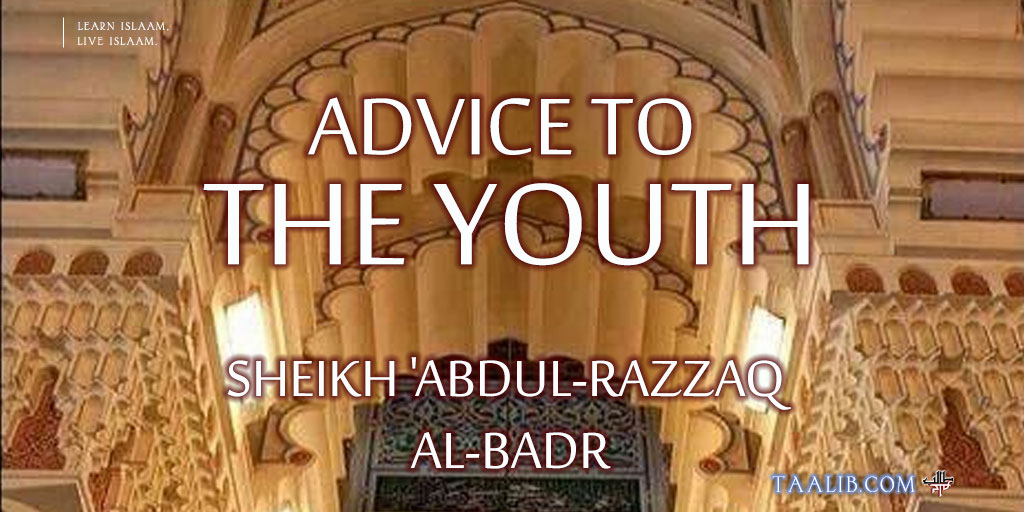