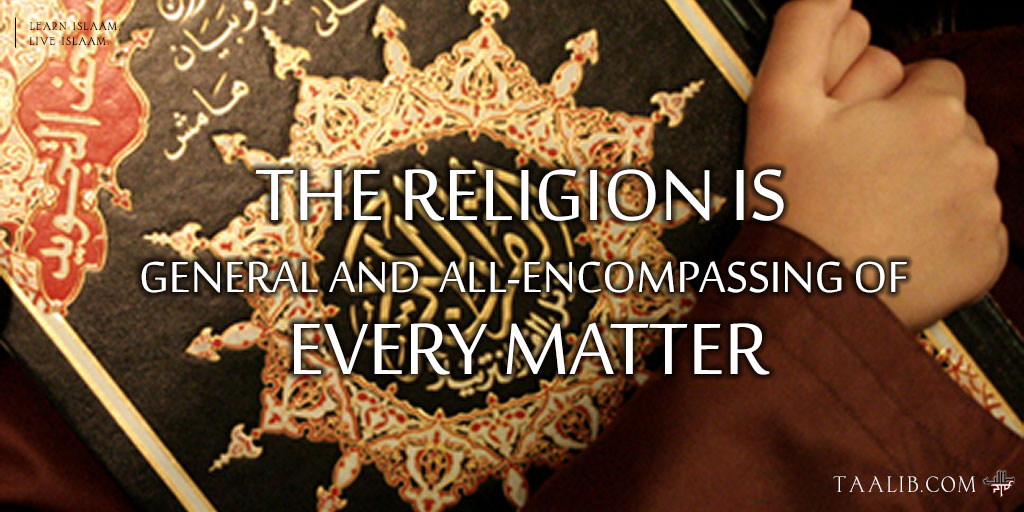 Imaam Ibn Baaz, may Allaah have mercy upon him, was asked,

“Is the scope of our religion confined to certain specific practices, or does it include all of the affairs of our lives? And what is the ruling on the individual who says, “The religion is only for inside the masjid.” or that it should not enter into matters such as business transactions, governance, and similar matters?”

“The religion is general and all encompassing, it encompasses the masjid, it encompasses the home, it encompasses the store, it encompasses both traveling and being a resident, it encompasses both the use of the camel and the car. It includes and encompasses every matter of life as Allaah says, ﴾ Oh you who have believed, enter into Islaam completely and do not follow the footsteps of Shaytaan. Indeed, he is to you a clear enemy. ﴿-(Surah al-Baqarah: 208)-meaning enter into all of Islaam. It is upon the worshiper of Allaah to fear Allaah in every matter, and to direct his face and submit to Allaah in every matter, not only within the masjid. Rather in the masjid, at home, in his relations with his family, with his guests and his neighbors, as well as in the markets with his brothers in dealing of buying and selling. In the last for example it is upon him to conduct his transactions according to the guidance that Allaah has legislated, stay away from interest, stay away from lying, breaking agreements, and deception. Similarly, this is how he should conduct himself in all of his various areas of life.

A Muslim holds firmly to the religion of Allaah, and is steadfast upon the guidance of Allaah in all of his affairs. This is not specific only to the home, or the masjid, nor to traveling or being a resident. Rather in every affair and matter it is upon you to obey Allaah and perform the obligations He has commanded you with, and take are forbidden what He has forbidden to you. You must adhere to the boundaries set by His guidance where you may be, whether in your home, or flying by air, or traveling by sea, in the market, or in any other location or place.” 1

The short URL of the present article is: https://taalib.com/MNEJo
Tags: fundamentalislaammethodology
ShareTweetPin 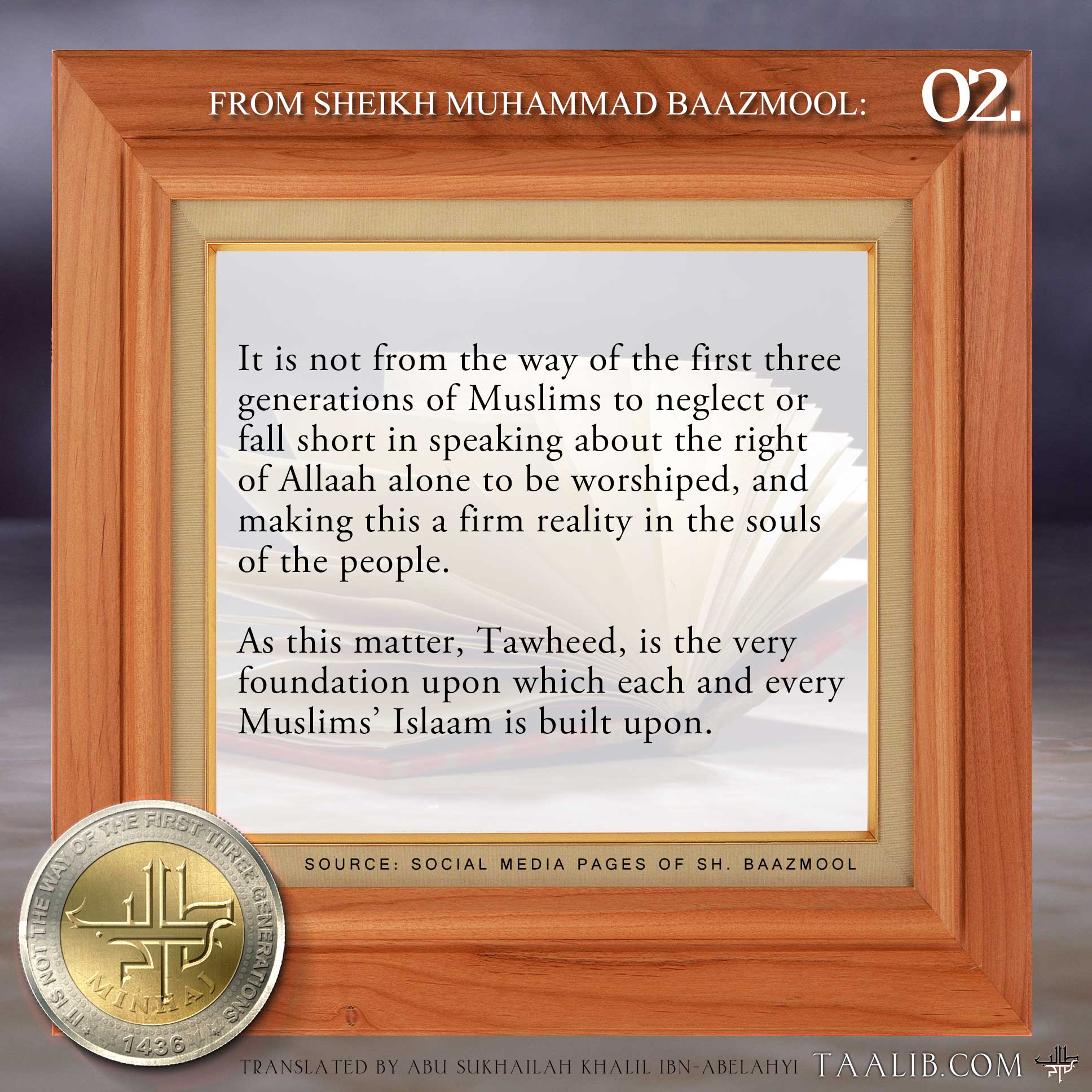 Week 01: This knowledge is your religion…. Series “It is not from the way”

Fifty Scholastic Observations Regarding The Muslim Brotherhood [48 of 50]