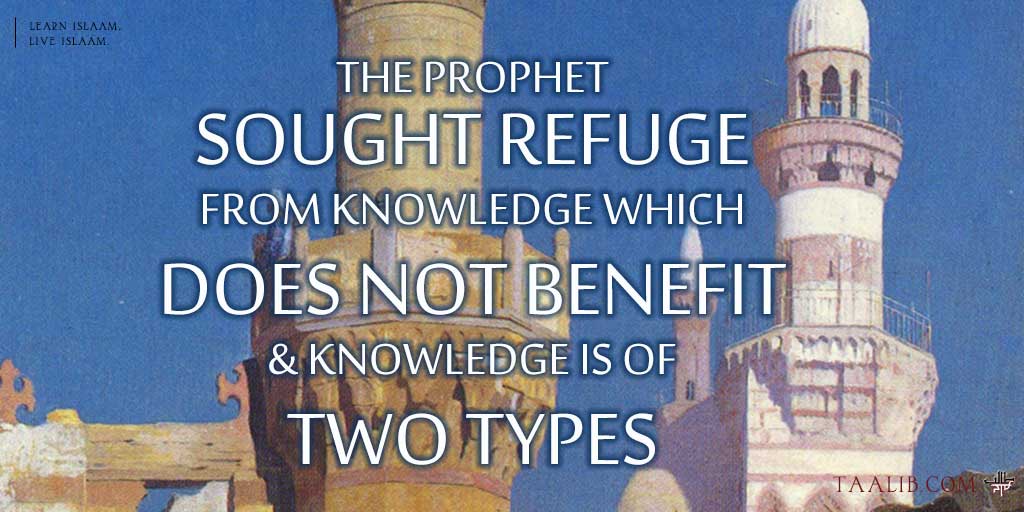 The Prophet Sought Refuge From Knowledge Which Does Not Benefit

He, may Allaah’s praise and salutations be upon him, sought refuge from knowledge which does not benefit, and this encompasses several matters:

From them: Harmful types of knowledge that are completely damaging, and the worst of them is more serious and severe than the best of them, such as the sciences of magic. These teach falsehood without having any redeeming element of the truth.

And from them: Becoming occupied with branches of knowledge which preoccupy the worshipper from what are more beneficial endeavors, even if the area of knowledge is itself acceptable.

And from them: Being occupied with areas of the natural sciences if they cause the one involved in them to turn away from the branches of science of the religion. As restricting your participation in them is an obligatory matter for the one who has become confused and misled within their study, as well as the one who likewise becomes conceited against the acceptance of truth in relation to his personal understanding or practice, as is often witnessed by the one who occupies himself with purely modern areas of knowledge, while he is neglectful of the sciences of the religion.

As for the beneficial branches of knowledge: These are the sciences of the religion, as well as those areas of knowledge which support them such as from the knowledge of the Arabic language and its various branches. Encompassed within this is that which rectifies one’s religious affairs, one’s worldly affairs, one’s character, or any of the various situations of life- with the condition that the religion takes the position of precedence, acting as the foundation and everything else follows this and is defined and structured by the religion.

Knowledge is of Two Types

The second type: The branches of knowledge whose goal is neither the development of righteous character, nor the correction of one’s beliefs and deeds. Rather, what is intended through them is simply a worldly benefit, such as manufacturing from the various commercial industries. These vary in consideration of their value, depending on the worldly benefit they produce. So if a general good is intended through them which is connected to the strengthening of faith and the religion, then these worldly sciences actually become sciences of the religion. Yet if one’s involvement with them is not intended to generally benefit the religion then they become solely areas of knowledge related to the worldly affairs, with no noble goal attached to them. Rather, such a goal greatly detracts from the religion, leading to its gradual destruction. As well as potentially harming the people involved with it from two directions:

Firstly: It becomes the reason for their worldly distress, their actual ruin, and being made examples of, as is often witnessed in these times. Such that it becomes from the most harmful examples of knowledge which has been newly invented, as are the new devices and dangerous weapons which are a tremendous evil upon their creators and upon all others.

Secondly: Those involved with this knowledge become people of arrogance, pride, and self amazement because of their worldly knowledge; as this goal of achieving renown and prominence becomes the intended objective of every effort, so that they show disdain and contempt for all others except themselves. Such that when the knowledge of the Messengers is brought to them, and it is clearly beneficial knowledge, they reject it and are arrogant towards it, being only pleased with their physical sciences by which they have become distinguished among the people. Indeed, these people confirm to what is found in the statement of the Most High, ﴾Then when their Messengers came to them with clear proofs, they were glad and proud with that which they had of the knowledge of worldly matters: And that at which they used to mock, surrounded them i.e. the punishment. ﴿-(Surah Ghaafar: 83). So we seek refuge in Allaah from knowledge which does not benefit. 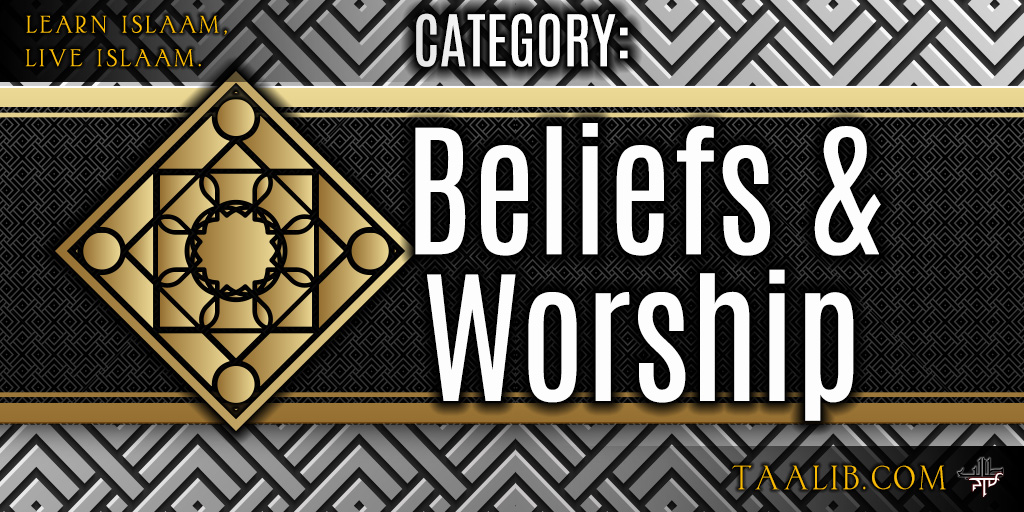 Ibn Taymeeyah, may Allaah have mercy upon him, said, 'The seeking of Sharee’ah knowledge is generally a communal obligation upon...

A true life is only found in…

It is necessary to put forth concerted efforts, especially in relation to the young Muslims