The first principle: To give final authority and predominance to…

Sheikh Muhammad ‘Amaan Ibn ‘Alee al-Jaamee, may Allaah have mercy upon him, said,

‘The first principle: To give final authority and predominance to transmitted revealed knowledge over using speculative intellectually developed knowledge and conclusions and intellectual efforts. However, our affirmation of the predominance of transmitted knowledge over intellectual efforts and conclusions does not mean that it is proper that we understand from this that the first three generations absolutely condemned intellectual efforts and what is reached through properly using them of goodness, or condemn the contemplation and considering with wonder the creation of the heavens and the earth, and the other numerous physical examples of wonder in creation. Not at all. But what it meant is that we should not adopt a way of utilizing intellectual ability similar to that which was proceeded upon by the misguided scholars of philosophical rhetoric in deriving conclusions only through intellectual consideration when establishing the proof of Allaah’s existence and divine ascendency over His creation…’ 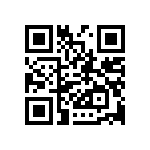 Day 11: How can I study and memorize Qur’aan more?

Fifty Scholastic Observations Regarding The Muslim Brotherhood [21 of 50]