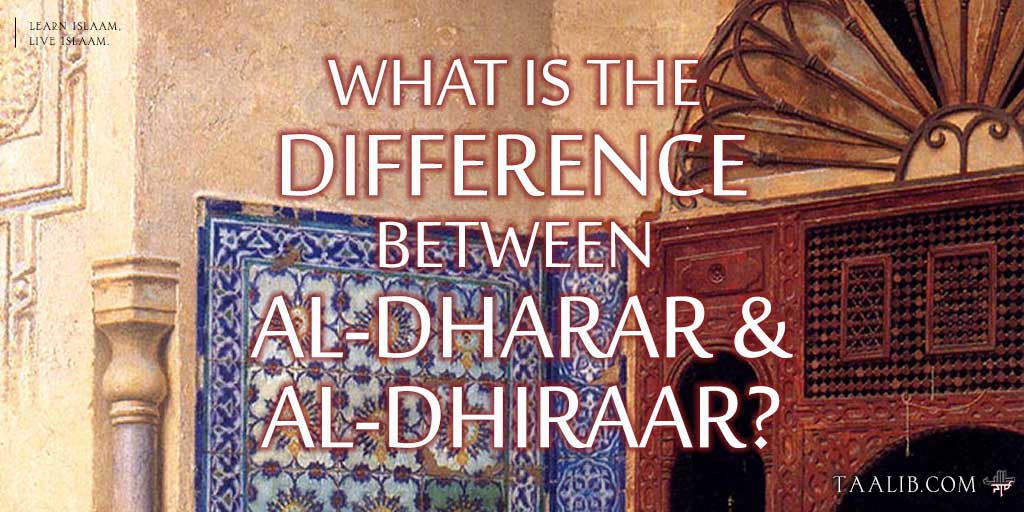 Sheikh ‘Uthaymeen – may Allah have mercy on Him – mentioned in his explanation of the hadeeth,

{There should be neither harm [الضَرَر] nor reciprocation of harm [الضِرَار]}:

*al-Dharar* [الضَرَر] [is causing harm and] can be in regards to the body, in regards to wealth, in regards to offspring, in regards to livestock, etc. And it occurs without intent. For example – a man has a neighbor who owns a tree which he waters everyday, and then the water enters upon his neighbor and bothers him, however he does not know this is happening. So this is called *dharar*.

And *al-dhiraar* [الضِرَار] is referring [to causing harm] with intent, and so it takes the grammatical form indicating that one is doing an act to/on another. For example – there is a man who has poor relations with his neighbor. So he says, ‘Verily I will do what harms him’. So he strains his voice to sound like a bulldozer against his neighbor’s wall, and his intent is causing harm to his neighbor. So because of that he is called a *mudhaar* [مُضَار] (a harmer).

The short URL of the present article is: https://taalib.com/zjpqH
Tags: fiqhlanguage
ShareTweetPin 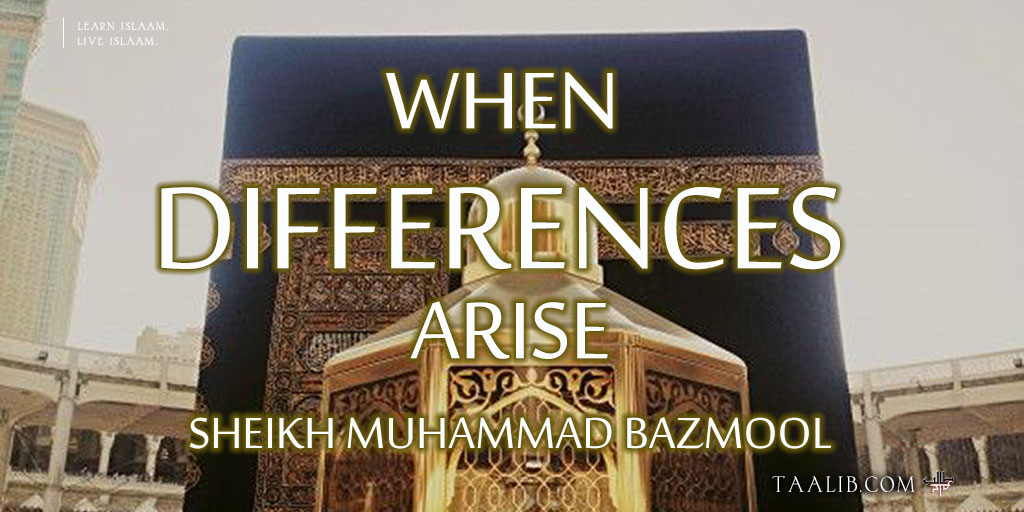 It is not part of the usool of fiqh to cite the fact that there are differences of opinion in...

Some Statements of the Scholars Regarding the Agreement with the Houthis