These individuals have returned to Islaam …

...based upon conviction, study and insight

‘“…Certainly the intelligent person, when he views the state in which the majority of people find themselves today- and this state is not only present among the Islamic or Arab nations but is a general condition among the nations of the world- he sees the deterioration of life, general confusion, unrest and unease, and people’s weariness. It becomes clear that there is no solution to this except to adhere to the Sharee’ah of Allaah, Glorified and Exalted, as it is that which Allaah, the Exalted, revealed as a guiding light for the creation, to guide them in their lives in both principles and practice. Regarding this, Allaah the Exalted says, ﴾ Oh mankind! Verily, there has come to you a convincing proof from your Lord, and We sent down to you a manifest light -this Qur’aan﴿-(Surah an-Nisaa’:174).

A person will perfectly understand this fact if he establishes a firm connection with Allaah, Glorified and Exalted. This results in a contentment of the heart, and the presence of tranquility and light within it, that will not be found in the one who is averse and turns away from guidance, as Allaah the Exalted says, ﴾ Whoever works righteousness, whether male or female, while he is a true believer verily, to him We will give a good life (in this world with respect, contentment and lawful provision)﴿-(Surah an-Nahl:97)

So these intelligent and discerning individuals see that that which is commonly found amongst the people, or the majority of the people, from deterioration of morals, weakness in holding to agreements and contracts, and the general misuse of the intellect- are all matters driving the people towards ruin. Then they realize and see that is necessary for humanity to have a clear reference and guide by which it can be directed in life. So they are returning to Islaam, and this is something which it is hoped will bring about good, because these individuals have returned to Islaam based upon conviction, study and insight.‘ 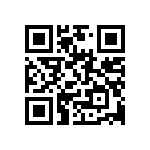 Day 19: How can I change the fact that I’m always thinking about someone?

Fifty Scholastic Observations Regarding The Muslim Brotherhood [37 of 50]