Fifty Scholastic Observations Regarding The Muslim Brotherhood [12 of 50]

By Abu Sukhailah Last updated Jan 15, 2018
0
Share
This entry is part 13 of 51 in the series 50 Scholastic Observations About the Muslim Brotherhood

’12 – It is been noted regarding the Muslim Brotherhood group and organization that they warn against the books and publications of anyone who criticizes or points out their errors. This is related to the previous point, since they are unable to address or refute the criticisms and corrections with actual knowledge and stronger evidences, their only recourse is to strive to turn people away from reading those scholastic refutations for fear they might see the truth and strength of the arguments against their group and its distance from Islamic guidance.
This is also true of books that criticize the books written by their ideological leaders, such as the corrupt and corrupting work by Sayyid Qutb, “In the Shade of the Qur’aan”. For many people this literary work is the primary tool they chose to understand the Book of Allaah, rather than turning to the well known transmitted commentaries of the Qur’aan that convey the explanations that the Companions had of the verses of Allaah. Such works as Ibn Katheer transmit both the meaning and the practical application which the Companions learned directly from the Messenger of Allaah and which they taught to the next generation of guided scholars. Yet when a book is produced showing the glaring and dangerous fundamental errors within it the book “In the Shade of the Qur’aan” compared to transmitted explanations of works like Tafseer Ibn Katheer, such a book of refutation is vigorously warned against and disparaged as not benefiting Muslims but causing harm!’ 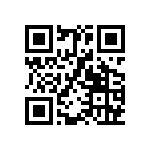 I used to question thirty of the Prophet’s Companions

Day 07: How can I bring myself peace and build my love for Allaah’s sake?