Fifty Scholastic Observations Regarding The Muslim Brotherhood [06 of 50]

By Abu Sukhailah Last updated Jan 15, 2018
0
Share
This entry is part 7 of 51 in the series 50 Scholastic Observations About the Muslim Brotherhood

‘6 – The Muslim Brotherhood group and organization has established a history of organizational secrecy beneath the apparent public persona upon which their methodology has been built. In several aspects they mirrored the structure and tactics historically, of communist or socialist organizations, both in clandestine militarily organization as well as a focus on political affairs and revolution. The undistorted religion of Islaam has always been first and foremost based upon sound inner beliefs that affirm our original inborn disposition and built upon the outer public five pillars of Islaam, not based upon secret knowledge, concealed dealings and hidden intrigues. It is authentically narrated that a man came to the Prophet and asked him to advise him, the Prophet replied: {Worship Allaah and do not associate with Him anything, establish the ritual prayers, pay the obligatory zakat, fast the month of Ramadhaan, make Hajj and Umrah, hear and obey those in authority, and hold fast to matters that are open and apparent and be warned from secrecy and matters that that are concealed and hidden away.}1‘ 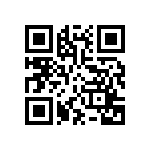 Day 04: How should I call myself to account as a Muslim?