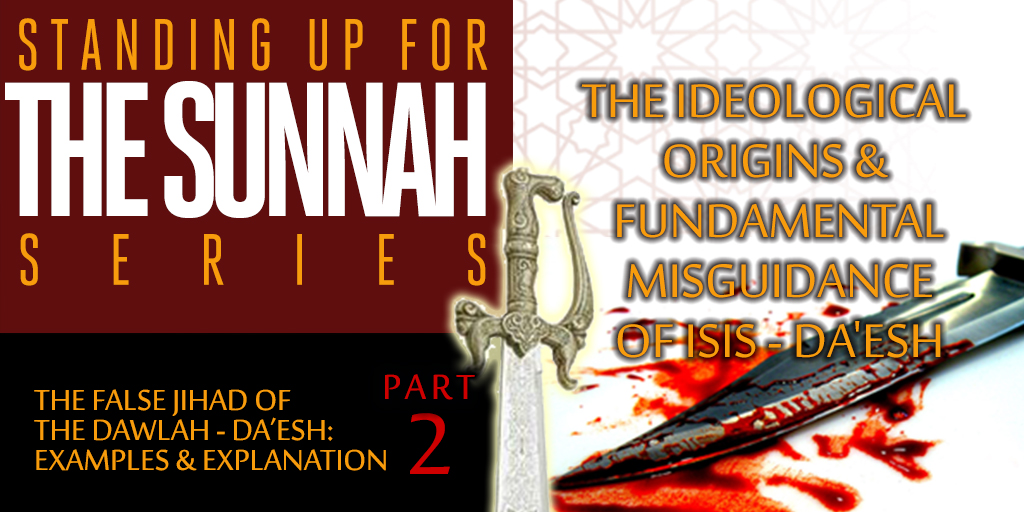 Actions Are the Fruit of Beleifs

In Part One1  of this series: The False Jihad of the Dawlah – Da’esh: Examples & Explanation -the tremendous guiding scholar Sheikh ‘Abdul-Muhsin al-‘Abaad, may Allaah lengthen his life, asked the rhetorical questions that every Muslim who fears their Lord should ask themselves regarding what we all have witnessed from the destructive acts of ISIS.

He asked, “So according to what intellect and what religion is killing those offering prayer and staining the books of the Qur’an with their blood jihaad and martyrdom?!?!”

He also rightly asked, “how can a person believe the Divine Legislation permits killing those who are performing the prayer in the mosques without any due right or staining the books of the Qur’an with their blood?!?!”

Many people are ignorant of the foundations and origins of the misguided concepts and principles that made slaughtering those Muslims in that house of Allaah and other similar acts wrongly seem not only permissible but a desired act that Allaah would be pleased with. Additionally, they do not have an understanding of the various thinkers responsible for the development and spread of these ideas in the Muslim world. In fact some of our sincere brothers and sisters are drawn towards the alleged Caliphate which openly claimed responsibility for that Masjid suicide bombing without knowing their true beliefs in detail. Yet their corrupt actions are without doubt- the result of corrupt beliefs.

We offer such brothers and sisters the excellent advice of Sheikh Ahmad an-Najmee, may Allaah have mercy upon him, in his commentary on Explanation of the Sunnah by al-Imaam al-Barberhaaree’: “…I warn you against hastily entering these groups and parties, and I call you to act carefully, cautiously, and to investigate beforehand. Take and read from the books authored in criticism of these groups and parties. Take from such works, meaning these investigative works, and read about these groups and parties before you enter into any of them. And if you find the truth in these works, then do not give preference to anything above it. ” (The Distinct Guidance in Explaining the Book, ‘Explanation of the Sunnah’ by al-Imaam al-Barberhaaree’ : pages 36)

Our scholars, identifying those who proudly took responsibility for this crime, rightly described those responsible as belonging to the sect of the Khawaarij, and Khawaarij are not new. Rather they go all the way back to the time of the Companions, may Allaah be pleased with them– and in fact were described by the Messenger of Allaah, may the praise and salutations of Allaah be upon him. But many Muslims are unaware of these important facts about this sect, its history, and beliefs.

A Redefinition of Islaam

Sheikh Ibraheem Ibn Saaleh al-Maheemeed explained the fundamentals and the origin of their misguided beliefs in “A Comprehensive Account of the Sect of The Khawaarij in Modern Times”, a work with draws its research from over two thousand books, articles, and statements in a compiled assessment and detailed scholastic perspective of the Khawaarij as reflected in present times:2

Certainly the greatest trial with which the Muslim Ummah has been afflicted, after the spreading of practices of associating others with Allaah in worship, is the redefining of Islaam with a definition centered upon a political focus and meaning, a definition which is far removed and distant from the actual guidelines of Islaam and its Sharee’ah principles. This false definition of Islaam is incredibly deficient and harmful, and it is a significant occurrence which is a disaster that the Muslim Ummah has experienced. This deficient fundamental redefinition of Islaam is one of the primary causes of the development and growth of the methodology of the sect of the Khawaarij within the midst of our Muslim societies and countries. Its origins in the modern age started six decades ago, yet the Muslim Ummah has continuously and continues to pay the price of this false methodology of the Khawaarij with the blood of its young men, the honor of its young women, and its wealth and resources.

Distortion of meaning of Tawheed & Shirk

This false definition of Islaam find its origins in a corrupted understanding and definition of the nature of the call of the prophets and messengers, and what essentially is that Tawheed, or the worshiping of Allaah alone, which for the sake of it- it was proper and suitable that people separated from each other, and which for hearts and souls were sacrificed, and such efforts and endeavors were devoted to it.

In direct connection to this matter, in parallel lines of development, deviation occurred in the understanding of the essential nature of Shirk, or associating others with Allaah in worship. And this related deviation is a natural expected consequence of their fundamental misunderstanding of the nature of the call to Tawheed, the call to worship of Allaah alone with no partners or associates which the prophets and messengers came with.

A summary of this false deviated definition of Islaam is: the prophets and messengers were sent to establish the guided Islamic system of governance, and that the previous nations fell into associating others in worship when they denied or neglected that “the ruling or governance was for Allaah alone”!! Their extremism in this core misunderstanding has reached a depth such that it is said: “Pharoah and Nimrod did not deny that Allaah was their Lord rather they denied that the ruling or governance was for Allaah alone”!! This is statement would not even be affirmed and accepted by a general Muslim, least of all any Muslim who has reached any degree of knowledge of Islaam….”

In the initial section of the above cited work he also explains the process of evolution of this false understanding of Islaam and its core beliefs and its increasing distortion and distance from what is actually found in the Qur’aan and authentic Sunnah.

“…The methodology of the Khawaarij in our age was based in its initial stages upon certain distorted fundamentals, then it began to add to those concepts little by little. That which is recorded from the initial or first callers or proponents of this misguided ideology in our time are two matters:

1. The sparks of this deviance began with certain thinkers, when they – the original thinkers – deviated in their incorrect understanding of the call to tawheed, and misunderstanding its opposite, Shirk, and those who call to associate others with Allaah.

It is important to note that the original misguidance occurred when the Companions were alive, may Allaah be pleased with them all, despite their clarification and refutation of it. So it is not strange that a new strain of that original misguidance, still focusing upon the dawlah or state and spreading bloodshed among Muslims, would spread in our age of ignorance and few scholars to guide the people.

We hope to highlight in a series of short articles some of the statements of the scholars who follow the way of the Companions and the first generations, the Salaf, which clarify and explain how this innovated ideology and its concepts developed – as well as how it differs and opposes the actual guidance of Islaam. Hoping, by Allaah’s permission, make clear to some of our sincere Muslim brothers and sisters, the unbridgeable difference between the Islaam of the misguided sect of the Khawaarij and the understanding and implementation of Islaam as understood by the saved sect and victorious group from among the Muslim Ummah preserved and practiced in every century of the past fourteen centuries. And the success is from Allaah. 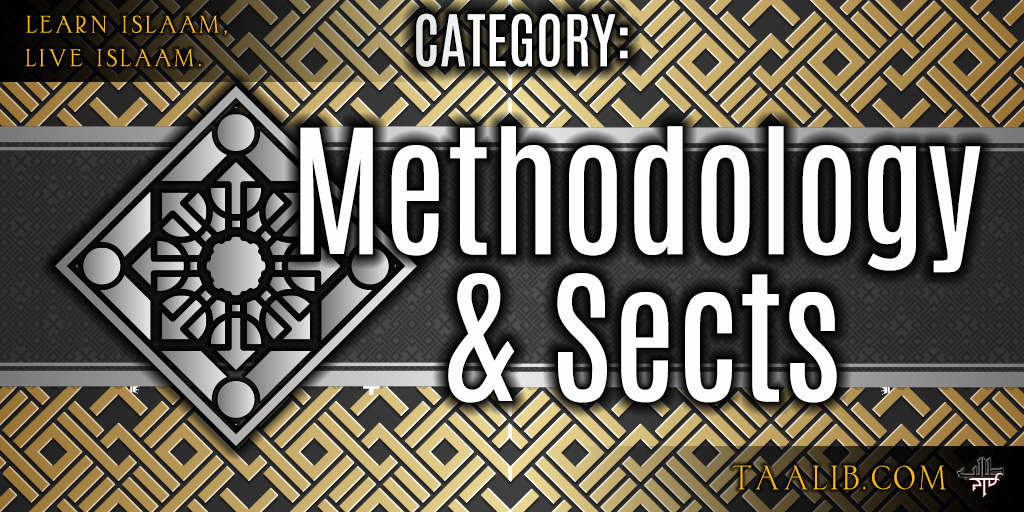 When we generally use the term ‘as-Salaf’…

The term as-Salaf began to be used increasingly when…

What The Muslim Brotherhood has brought to the Muslims