Shaykh Ahmad Baazmool, Hafidhahullaah, on the Saudi Intervention in Yemen 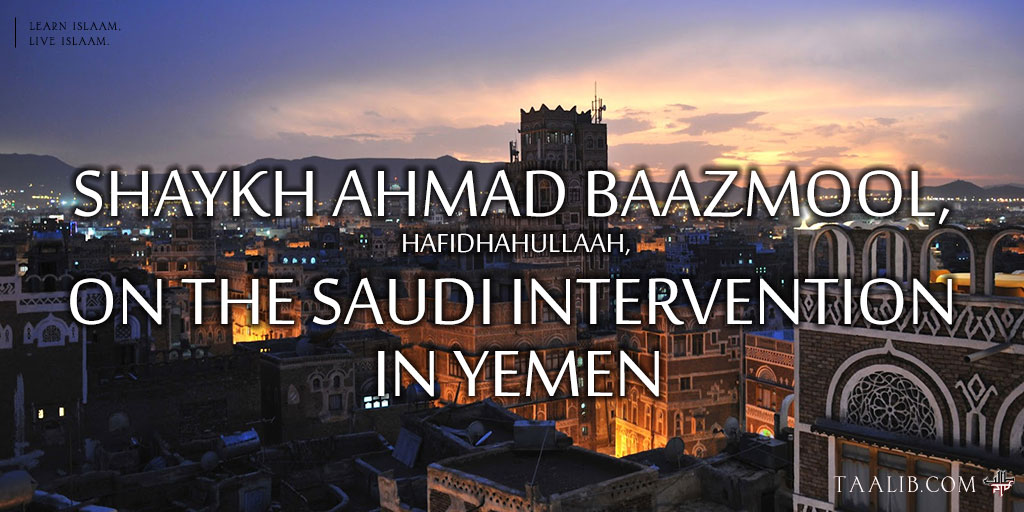 Assalaamu Alaykum Wa Rahmatullaahi Wa Barakaatuh: Esteemed Shaykh, may Allaah reward you with good, we wish for a crushing retort to those people who claim that the mobilization of the land of Tawheed, may Allaah protect it with the Sunnah, and their alarm for our brothers from Ahlus-Sunnah in Yemen, is contrived and assisted by the Western countries, and at the head of them is the United States of America! And their proof for this is that it would have been more rightful for the Arab nations, led by Saudi Arabia, to mobilize for the Palestinian conflict, because all of Ahlus-Sunnah knows that the heads of the Muslim Brotherhood are assisting in selling out Palestine. We seek help from Allaah, and may Allaah reward you with good.

Answer from the Shaykh, may Allaah preserve him:

First of all, it should be said to him: Do not enter into that which does not concern you, and leave it to the rulers, as they are the ones who know the benefits and the drawbacks.

After this I say: This speech of theirs is invalid from a number of standpoints:

First: You should know that the national and international political decisions taken by the Kingdom of Saudi Arabia are built upon the rulings of the Shari’ah.

Second: The Kingdom of Saudi Arabia has treaties and promises, and it will stand by them as we have been commanded by Allaah to do.

Third: We say that the Kingdom of Saudi Arabia is assisting in the Palestinian conflict, and is taking all of the legislated steps possible to stand with the Palestinians.

Fourth: The Kingdom of Saudi Arabia’s attack on the Houthis in Yemen is an attack on Iran and their allies.

Fifth: The harm the Houthis cause affects the entire land, indeed, it affects Islaam and its people.

Sixth: If, as they claim, we are unable to fight the Jews, does this necessitate that we take the tether off the withers?!? (i.e. Stand back and let everyone do as they wish)

Seventh: Their claim that this is being directed by the western nations has no truth, because it is in the good interest of the western countries to attack Islaam and its people and to assist the enemies of Islaam from the disbelieving Raafidhah such as the Houthis, and the Takfeeris such as the Dawaaish (ISIS), Al-Qaeda, and Jabhat An-Nusra. Therefore this pioneering stance, taken by King Salman Ibn Abdul-Azeez Al-Saud and his brothers from the Gulf and African leaders and all those who have agreed with them and assisted them, is a noble stance that agrees with both the Islaamic legislation and the intellect.

So may Allaah reward with them good for their support of Islaam and the Muslims. 1

The short URL of the present article is: https://taalib.com/SkV8e
Tags: A. Baazmoolbehaviorclarificationextremismfataawamethodologyrulingsscholars
ShareTweetPin 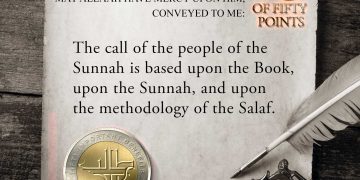 3. The call of the people of the Sunnah is based upon the Book, upon the Sunnah, and upon the...

‘Usul as-Sunnah’ Book 1 (The Meaning Of ‘Aqeedah Or Beliefs) – ….that which he realizes and which his religion is based upon