...to have loyalty to the believers especially the scholars

Ibn Taymeeyah, may Allaah have mercy upon him, said,

‘It is obligatory upon the Muslims after loyalty to Allaah the Exalted and His Messenger, to have loyalty to the believers, as is mentioned in the Qur’aan. This is especially true in regard to the scholars, as they are the inheritors of the prophets and are those who have been placed in a position by Allaah like the stars by which we are guided through the darkness of land and sea.
The Muslims are in consensus regarding their guidance and knowledge. Since in every nation before the sending of our Prophet Muhammad, may Allaah’s praise and His salutations be upon him, their scholars were indeed the worst of their people, until the time of the Muslim Ummah; as certainly the scholars of the Muslims are the best of them. They are the successors of the Messenger, may Allaah’s praise and His salutations be upon him, in his nation, and they give life to that which has died from his Sunnah…”‘ 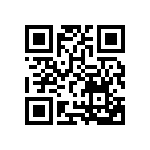 Fifty Scholastic Observations Regarding The Muslim Brotherhood [24 of 50]