He does not correctly assess the conditions of the people…

...nor does he understand how their conditions will truly be rectified

‘“…Indeed sometimes one is hasty in his efforts, due to the love of good that is within his heart and the desire to make the people firm upon the religion of Allaah. He then proceeds in an extremely impatient manner and does not correctly assess the conditions of the people; nor does he understand how their conditions will truly be rectified, as the sensible way is that which is encompassed within the Sharee’ah. We see that when Allaah, Glorified and Exalted, sent Muhammad, may Allaah’s praise and His salutations be upon him, to the creation, He did not reveal the complete Sharee’ah in a single week, a single month or even a single year.

Rather, the Messenger, may Allaah’s praise and His salutations be upon him, remained in Mecca thirteen years, and from the pillars of Islaam there was only made obligatory upon them the two testimonies of faith and the ritual prayer. Whether zakaat was obligatory at that time is differed upon by the scholars. After these two pillars, fasting was then prescribed in the manner in which they had the choice to fast or eat if they wished to eat. Then at a later time, the limits and regulations of fasting were specified, and lastly those of Hajj were established. Hajj was not made an obligation until after the conquest of Mecca, as after the surrender it was no longer difficult for the people to be able to travel to Mecca.

In any case, the one who recognizes the wisdom of Allaah, Glorified and Exalted in the gradual revelation of the Sharee’ah understands that the people will not be able to understand and implement it in the period of half a day, nor immediately change from what they are upon of incorrect matters to those which are acceptable and suitable. If a person understands this, then it is possible that, through what Allaah has guided him to of knowledge, he may then guide the people toward goodness with wisdom and a good reminder, and with patience and deliberateness.

As for the one who desires or intends that the people become steadfast upon the religion in a single day, then he has challenged and called into question the wisdom of Allaah, Glorified and Exalted, and contradicted the Sharee’ah. It is obligatory upon the people to weigh and assess matters correctly and not imagine that every person is like himself, so that it actually becomes possible to rectify that which has been corrupted among the various life affairs of the worshipers of Allaah.‘ 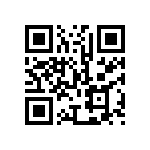 Fifty Scholastic Observations Regarding The Muslim Brotherhood [22 of 50]