Certainly every prophet had enemies…[3/3]

...and everyone who followed one of the prophets who was sent, would likewise have enemies.

‘It is necessary that Allaah, the Most Glorified and the Most Exalted, according to a wisdom that is with Him, places those who would oppose the truth in order that the truth be known, and in order that it become something which manifests as something clear and dominant over falsehood.
Additionally, this is in order that Allaah would make clear who are those individuals who strive in His path, and those who proceed patiently upon His guidance.’

(From his well-known series -Open Door Gatherings 3/66. may Allaah have abundant mercy upon him) 1 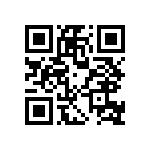 99 Characteristics Of Various Misguided Groups In The Muslim Ummah -01