What Is The Meaning Of Concealing Faults?

What is the Meaning of Concealing Faults? 1

It is not appropriate for a person’s primary concern be faultfinding, seeking out every small mistake, making these things known and publicizing them. These things are the affairs of the hypocrites, those who seek out lapses and faults and make them known while hiding good deeds and good qualities. As for the people of al-Eemaan, they are the opposite of this: they conceal the small mistakes while broadcasting the good deeds and good qualities, in order to unite the Muslims together and to ward off malice and envy among them. But those whose only concern is faultfinding and seeking out every small mistake of the Muslim leader, or of the scholars, or of individual Muslims, then this is a characteristics of the people of hypocrisy and this is someone who desires evil. For this person takes pleasure in the mistakes of others and rejoices in their mistakes and makes these matters the topics of his conversation. Such a person is from the people of evil, and we seek refuge with Allah from that.

If you do not advise your brother, then you have cheated him, if you remain silent although you see him to be in error then this is betrayal and it is not sincere advising. Sincere advising is that you conceal his mistake and you explain that mistake to him privately between the two of you. Then if he accepts this advice, then to Allah belongs the praise. But if he does not accept it, then you have fulfilled your obligation and freed yourself of any blame. And in most cases, he will accept your advice if you present it to him in a good way, a way that does not involve vilification and refutation, and you express love and kindness towards him. In most cases, he will accept this.

However, if you approach him with hostility and enmity, do so publicly and mention his mistakes in front of the people, then you will end up increasing him in resentment and anger towards you, and this will be a cause of fitnah and mutual enmity among the people, or between the people and the Muslim leader.

So there is no good in circulating the minor faults and mistakes among the people and following up every lapse. This is something which pleases the enemies of Islam and aids them, for they desire the downfall of the Muslims and for evil to occur between them. So if someone from within the ranks of the Muslims is assisting them in that, then they are overjoyed at that and very pleased. So it is not allowed to do the likes of these deeds. And this does not mean that we are pleased with acts of disobedience or evil deeds. No. Rather, it means that we give sincere advice in a manner that leads to rectification and wards off evil and corruption. 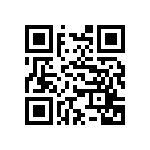