By Abu Sukhailah Last updated Jan 15, 2018
0
Share
This entry is part 49 of 51 in the series 50 Scholastic Observations About the Muslim Brotherhood

’49 – The Muslim Brotherhood group and organization generally has established the practice and pattern of seeking and accepting only those rulings which agree with them and their desires. This is true even if they come from the same scholastic authority that they accept in one instance for another ruling. One reason for this is their distance from balanced comprehensive knowledge of the source texts of Islaam and inability to properly implement the principles of deriving rulings in Islaam themselves.’ 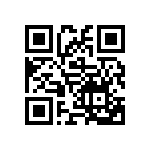 Day 25: Can I use the money I earned when I was sinful and heedless?