Fifty Scholastic Observations Regarding The Muslim Brotherhood [48 of 50]

By Abu Sukhailah Last updated Jan 15, 2018
0
Share
This entry is part 50 of 51 in the series 50 Scholastic Observations About the Muslim Brotherhood

’48 – The Muslim Brotherhood group and organization engages in collective calls to economically boycott some of the disbelievers or disbelieving nations. Yet they lack any evidence that the Prophet, may the praise and salutations of Allaah be upon him, ever did so personally or encouraged the Companions to do so despite the documented harm the Muslims received from the disbelievers, such as the Jewish tribes, in Medina.’ 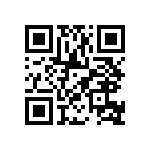 The one who is truly a good companion is…

Day 25: Can I use the money I earned when I was sinful and heedless?