Fifty Scholastic Observations Regarding The Muslim Brotherhood [18 of 50]

By Abu Sukhailah Last updated Jan 15, 2018
0
Share
This entry is part 19 of 51 in the series 50 Scholastic Observations About the Muslim Brotherhood

’18 – The Muslim Brotherhood group and organization has been known to threaten and intimidate those Muslims who after working with them and coming to know them intimately later abandon their methodology and turn to the correct way of the first three generations of Muslims and the methodology of the guided scholars of Islaam. Despite such threats, some of those sincere Muslims have made their observations about the group public, especially those who stayed within their ranks for several years before leaving the group. These Muslims do this, offering advice to other Muslims and supporting the religion of Allaah, hoping that Allaah will guide others away from this innovated methodology and practice as Allaah in His mercy guided them away from it and towards the authentic Sunnah.’ 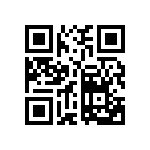 In regard to their belief and methodology…

Day 10: How can I treat the hardness that I sense in my heart?