Fifty Scholastic Observations Regarding The Muslim Brotherhood [16 of 50]

By Abu Sukhailah Last updated Jan 15, 2018
0
Share
This entry is part 17 of 51 in the series 50 Scholastic Observations About the Muslim Brotherhood

16 – The Muslim Brotherhood group and organization has been known to distribute books within which there is clear misguidance and errors regarding the essential beliefs of Islaam. They have also distributed books written specifically to criticize those who call to following the way of the Companions and first generations, meaning those whose focus is tawheed and establishing the fundamental beliefs of the Muslims as a foundation of the success of the Muslim Ummah. It should be noted that the distribution of both types of books reflects their corrupt methodology, which gives priority to actions which serve the short term interests of their party and organization and are pleasing their leaders, but which inevitably harms the long term interests of the Muslim Ummah and which is not pleasing to Allaah, the Lord of all the worlds.’ 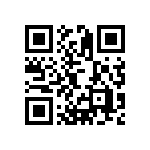 Day 09: As a Muslim, how can I make my heart steadfast?