Fifty Scholastic Observations Regarding The Muslim Brotherhood [09 of 50]

By Abu Sukhailah Last updated Jan 15, 2018
0
Share
This entry is part 10 of 51 in the series 50 Scholastic Observations About the Muslim Brotherhood

‘9 – It has been noted regarding the Muslim Brotherhood group and organization that its members show bias, often only attending the lectures of those who are associated with their organization. Similar to the previous point, their focus on these lectures of party members, speakers, or those associated with the party, as opposed to others, cannot be shown to be due to the demonstrated strength of Islamic knowledge of those speakers. Rather it is a reflection of preferring to listen of “one of their own” and so turning away from many true scholars with much more knowledge in our time who would benefit them, their families, and their communities. Their common distaste of attending the lessons of the scholars who are not members of their organization, is even stronger for those scholars who have warned against their significant errors, such as is documented in their own words in their warning members against listening to the lectures of Sheikh Muhammad Naasirudden al-Albaanee, may Allaah have mercy upon him.’ 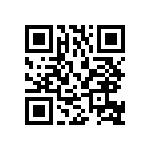 It is necessary to put forth concerted efforts, especially in relation to the young Muslims