Fifty Scholastic Observations Regarding The Muslim Brotherhood [08 of 50]

By Abu Sukhailah Last updated Jan 15, 2018
0
Share
This entry is part 9 of 51 in the series 50 Scholastic Observations About the Muslim Brotherhood

‘8 – It has been noted regarding this group that its members show partisanship and bias towards the books and writings by those associated with their organization. This is shown by them often giving a central role and position to such books even when they contain significant mistakes and errors that have been publicly pointed out with evidences, and even though those who wrote the books were never considered true scholars. This bias causes them to turn away from the books of both the early and later scholars which the Ummah has utilized for centuries, not to mention the established steadfast scholars upon the Sunnah of this century.’ 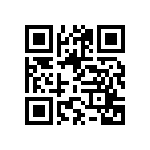 Day 05: What should be in my heart when I intend to do good?