Fifty Scholastic Observations Regarding The Muslim Brotherhood [07 of 50]

By Abu Sukhailah Last updated Jan 15, 2018
0
Share
This entry is part 8 of 51 in the series 50 Scholastic Observations About the Muslim Brotherhood

‘7 – It has been noted regarding the Muslim Brotherhood group and organization is that its members show extremism and unjust biased partisanship towards their organizational leaders such as Hasan al-Banna, Sayyid Qutb, and others. They focus upon, and give greater value, to their leaders’ statements, and perspectives at the expense of taking knowledge from he established acknowledged scholars of the Sunnah throughout the centuries. Instead of a foundation of sound beneficial knowledge and precedence being given to “Allaah said” and “the Messenger of Allaah said” or ”this leading scholar said” this is often exchanged with “Hasan al-Banna said” or “Sayyid Qutb said,” or “our organizational leader has said,’ 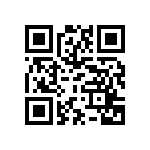 Do not be allured by your good efforts..