Fifty Scholastic Observations Regarding The Muslim Brotherhood [03 of 50]

By Abu Sukhailah Last updated Jan 15, 2018
0
Share
This entry is part 4 of 51 in the series 50 Scholastic Observations About the Muslim Brotherhood

‘3 – The Muslim Brotherhood group and organization has generally fallen into matters which have been innovated into the religion of Islaam. Some of the documented innovations they participate in are recent while others which they engage in were introduced into Muslim practice by others historically, such as the celebration of the Mawlid introduced by the extreme Faatimid sect, after it having been unknown to the Companions of the Messenger and all those whom they taught and transmitted the religion through the first generations.’ 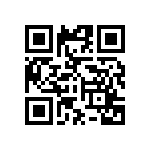 Understanding the Names and Attributes of Allaah