Fifty Scholastic Observations Regarding The Muslim Brotherhood [02 of 50]

By Abu Sukhailah Last updated Jan 15, 2018
0
Share
This entry is part 3 of 51 in the series 50 Scholastic Observations About the Muslim Brotherhood

‘2 – The Muslim Brotherhood group and organization is very weak in understanding and applying the Sharee’ah guidelines of allegiance and association with the people of guidance, and separation and disassociation from the people of misguidance for the sake of Allaah and His religion. This is historically shown in their writings, statements, and their practical interaction with others. It is reflected in their open affirmation of other religions as valid heavenly religions in contradiction to the clear texts of the Qur’aan, as well as their affirming of the legitimacy of various conflicting sects within the Ummah including extreme sects whose misguidance has reached the level of disbelief in Islaam. This is in contradiction to positions consistently taken by the leading scholars of every century beginning with the Noble Companions, may Allaah be pleased with them all, who fought against the beliefs and activities of the differing groups and sects such as the astray Khawaarij.
‘ 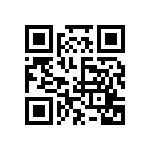 Spread knowledge among the people in the masjids

Day 02: What should I do, as my society has a great deal wrongdoing and sinning?