Fifty Scholastic Observations Regarding The Muslim Brotherhood [00 of 50] -Intro

By Abu Sukhailah Last updated Jan 15, 2018
0
Share
This entry is part 1 of 51 in the series 50 Scholastic Observations About the Muslim Brotherhood

These summarized observations are taken from the beneficial work “A Gathering Of Scattered Observations Which Have Been Written Regarding The Muslim Brotherhood,” by the young scholar Sheikh ‘Abdullah an-Najmee, may Allaah preserve him. That original work contains a short introduction by the esteemed scholar Sheikh Ahmad ibn Yahya An-Najmee, may Allaah the Most High have mercy upon him, affirming its benefit.
The intent found in the original writing is to document and explain some of what the Muslim Brotherhood organization has been known to engage in, in order to better make clear the misguided nature of the organization and the various false innovated principles which they act upon. These fifty listed points are a brief summary translation to which I have at times added further explanation of specific points of observation from what I found mentioned in other scholastic writings which clarify their opposition to the correct methodology of Islaam in beliefs, statements, actions, and general path.

The reader should take note that they may not personally recognize many of these matters from the Muslim Brotherhood where they specifically reside or have resided, as it is clear that their organizational form in Palestine as Hamas in the Gaza Strip, is not the same as in Jordan, Syria, Egypt, or elsewhere in the world. But in light of the trials the Muslim Ummah today faces from such corrupting organizations and their ideological offshoots, the striving Muslim should be aware of what our scholars have exposed and warned about regarding such groups and their new methodologies. The goal of this summary is not a comprehensive assessment but highlighting a concise body of the documented observations which any sincere Muslim can then use to take a step or two back and view this organization and their corrupt methodology through the lens of the guidance of the Book of Allaah and the Sunnah. 1 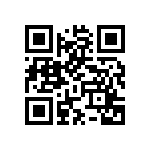 Day 01: How do I work to save myself from Hellfire?