The Importance of Learning the Fundamentals of Sciences 1

(What follows is an excerpt from sheikh Muhammad ibn Saalih al-‘Uthaymeen’s explanation of his own primer on the fundamentals of Tafseer. The text of the book will be in bold font, while his explanation of that text will be in plain font.)

Indeed, one of the important affairs in any body of knowledge is for a person to learn its fundamental principles which can be an aid to him in comprehending that science and drawing conclusions based on those fundamentals. Thus his knowledge will be built on a strong foundation and sturdy pillars. For it is said, “Whoever is deprived of the foundations is prevented from the destination.”

Therefore, I encourage every student of knowledge to give importance to the fundamental principles, foundational matters, and rules of his discipline – in addition to the derived issues – and the comprehensive statements which encompass numerous issues. For I see some people – both from among the students of knowledge and besides them – whose focus is only on collecting up a mass of knowledge related only to the derived rulings on specific issues, so they might know 100 specific rulings or even more, but they don’t have any foundation on which these are based. So if you were to bring him some issue which differs from those for which he has already memorized the ruling, he would be unable to derive a ruling for it. For this reason, I encourage the student of knowledge to have knowledge of the fundamental principles. It is said, “Whoever is deprived of the foundations is prevented from the destination” – meaning: he will not reach his goal, and this is the truth. 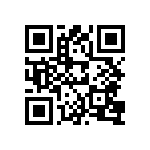 Week 38: The guided Muslims do not turn away from referring and taking from the guided scholars…. Series “It is not from the way”