The World Of Islaam: Masjids (2): A Picture Book of Masjids Around the World!

This picture book is the second in a series designed to familiarize children with masjids around the world. It has twenty four artistically rendered images of various masjids through the world. Travel throughout the different lands and see masjids which reflect the beauty and universality of Islaam. This book has received the “Halal Choice” designation.

This book is the second in a series of small picture books designed to show children pictures of masjids from around the globe. Teach your children about the universality of Islaam by showing them some of the beautiful houses of Allaah that have been built all over the world with this small picture book. Travel to Brunei, Turkey, Palestine, Saudi Arabia, Russia, and many other destinations.

This is a helpful addition to any geography curriculum, as one could build whole units of study out of each location, using additional material to learn about how Islaam spread there, how the people dress, what they eat, and more, insh’Allaah. A map is found in the beginning of the book to provide a handy, quick reference to the parts of the world in which each masjid resides. Contains twenty-four photographs in addition to the map.

The Halal Choice! logo indicates that this product does not contain any images of living beings, as these are prohibited in Islaam to bring into one’s home, except by unavoidable necessity. The evidence of this is found in the authentic narrations of the Messenger of Allaah, may Allaah’s praise and salutations be upon him, such as that narrated by Abu Talhah, may Allaah be pleased with him, in Saheeh Al-Bukhaaree, {The Angels do not enter a house where there are images.}

In discussing this hadeeth which is also found in Saheeh Muslim, Imaam Nawawee, may Allaah have mercy upon him stated,

…As for which type of angels do not enter a house in which there is a dog or such images, then these are those angels that travel about bringing Allaah’s mercy, blessings, and forgiveness. But as for the angels that record all deeds and actions then they enter every house, and do not make any exception among the sons of Adam in any circumstance they are in, as these angels have been ordered with taking note of the deeds of people and recording them down.” (Explanation of Saheeh Muslim: vol. 7 , page 319) 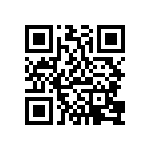