This is the directed study edition which  includes the entire course, exercises but does NOT contain the answer key. Please purchase self-study edition for individual study. Day 03: There Is A Single Straight Path Surrounded By Other False Paths. 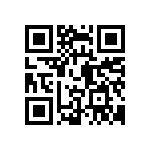