...Rather ascertain matters carefully, consult others, and cooperate upon goodness

Sheikh ‘Abdul-‘Azeez Ibn ‘Abdullah Ibn Baaz, may Allaah have mercy upon him, said,

‘“…I advise them with concern for the call to Allaah, enjoining the good and forbidding wrong with wisdom, excellent behavior, and good speech. They should proceed not with harshness and severity, but rather with gentleness and insight, as Allaah, Glorified and Exalted says, ﴾Invite (mankind, Oh Muhammad) to the Way of your Lord (i.e. Islaam) with wisdom (i.e. with the Divine Inspiration and the Qur’aan) and fair preaching, and argue with them in a way that is better.﴿-(Surah an-Nahl:125). And He, Glorified be He, said, ﴾And by the Mercy of Allaah, you dealt with them gently. And had you been severe and harsh-hearted, they would have broken away from about you. ﴿-(Surah Aal-‘Imraan:159)

I advise them to avoid hastiness in every matter. Rather, they should ascertain matters carefully, consult others, and cooperate upon goodness until they understand the religion properly, as the Messenger, may Allaah’s praise and His salutations be upon him, said, {The one whom Allaah intends good for He gives him understanding in the religion} 1.
Indeed hastiness leads to tremendous harm. Thus, it is an obligation to verify matters and give attention to the Sharee’ah evidences, and to always frequent the sittings of knowledge of those people of knowledge well known for their uprightness and sound beliefs.’ 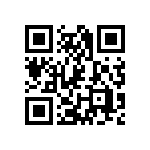 Fifty Scholastic Observations Regarding The Muslim Brotherhood [14 of 50]