Do We In Our Time, Deal with the One Who Innovates in the Religion the Same Way, as They Did With the Innovators in the First Generations?

Sheikh, this same question has also come forward again only phrased differently. ‘Does the one who innovates in the religion in our time, require the same position and approach in dealing with him as the innovator in the religion in the early period of Islaam? As there is no doubt that the time of Imaam Ahmad differed from our present time. 1

However, it requires one who would truly implement this methodology- one who understands how to deal with the people of innovation in light of the Book and the Sunnah. As certainly, it is required that the people of innovation in the religion be warned against. Warning from them, exposing their realities, and clarifying their misguidance is from the most significant of obligations, and the most important of required affairs.

Those that say the situation is now different and the times have changed only wish that you would not speak about the people of innovation. Because most of these groups and organizations are in fact controlled by leaders upon misguidance and innovation. So that when you speak about these misguided leaders, and talk negatively about them, they unquestionably wish that you would stop and be silent!

Thus they come forward with different means such as this statement saying, “As for Imaam Ahmad, and Ibn Taymeeyah, you have misrepresented their statements, and distorted their objectives in this issue!” All of this is simply intended to silence the people of the Sunnah and place before and in front of them a barrier or obstruction, as is said, in order to silence you from speaking about their leaders. They put forth every possible effort to silence the people of the Sunnah.

But these are matters which the people of innovation neither desire nor want, so the people of these repulsive but disguised scheming groups and organizations put forth carefully planned maneuverings and contrived strategies all in the name of the path and methodology of the first righteous generations!! Indeed, they dress themselves in a prominent “garment” of commitment to the path of the first generations in order that through this, it eventually becomes possible to overpower and extinguish this methodology. Such that we can see that everywhere, in every land, they are subtly hunting, stalking, and pursuing this true call to adhere to the way of the first generations as well as its youth; with the objective of overcoming it and then establishing upon its broken remains their own innovated corrupt methodologies. This is a reality that we have experienced.

A Requirement Of The Religion

In any case, know that speaking about the people of innovation in the religion is a requirement, and that warning from them is something required. It is in fact jihaad. As it was said in the time of Imaam Ahmad, they would say, ‘Defending the Sunnah is better than striking at the enemy with one’s swords.’

Likewise Ibn Taymeeyah in his time embarked upon significant efforts in his confrontation with many forms of innovation, and engaged in tremendous struggles in this which surpassed many of the leading scholars of Islaam who had preceded him. He confronted and opposed them with the Book of Allaah and the Sunnah of the Messenger of Allaah, may Allaah’s praise and salutations be upon him, refuting those innovations and striving to suppress those involved with it and calling to it. This only was accomplished through his patience, his knowledge, and his wisdom.

From the matter of clarifying with wisdom, and from the right of knowledge, is that that you bring forth the clear distinction between truth and falsehood, and guidance and deviance, between true sound practices and innovations in the religion. Allaah says, ﴾ And remember when Allaah took a covenant from those who were given the Scripture (Jews and Christians) to make it (the news of the coming of Prophet Muhammad and the religious knowledge) known and clear to mankind, and not to hide it… ﴿ -(Surah Aal-‘Imraan: 187). By Allaah, the prophets themselves struggled and strove to bring the people out of darkness into light, and the scholars are undeniably the inheritors of the prophets.

Therefore such striving is obligatory; meaning that we are truly committed to putting forth every effort in transporting the people from darkness towards light. Accordingly, I say to those poor deficient ones: By Allaah, the people upon the Sunnah only give advice to the people, and encourage them towards that which will benefit them in their religious and worldly matters. And as such the one who desires to silence the people of the Sunnah, then by Allaah he is one who harms and acts with treachery toward this Ummah. He is one who deceives this Ummah. He is one who does not have any concern for the threat of them entering the depths of the Hellfire, someone who does not care whether they stand as protected and safe or insecure and under threat.

Whereas the people of the Sunnah they, by Allaah, do not desire for the people anything other than goodness. They do not want anything for this Ummah except that they walk upon the path of their Prophet and his straight path, such that they enter Jannah or that those individuals whom Allaah, the Blessed and the Most High, wishes to do so. As for the people of the Sunnah then their striving and struggling is not for anything other than to bring guidance to the people, and to put forward and advance those affairs and matters which will benefit the Muslims in this world and the next world.

While those who generally defend those other individuals, those who have innovated and changed the religion- they are actually acting as enemies of this Ummah. They are harming the Ummah and acting as a barrier between this Ummah and standing upon the truth. Yet they are the ones who would present themselves to the Muslims as “callers and inviters to the Sunnah”!!

Due to this fact, I wish to make clear to you, that indeed their true aim is that they actually do not want there to be any speech at all about the leading figures of innovation and misguidance!! So from this goal was born the devised methodology of counter balancing between someone’s good points and bad points, and this was undertaken only after they had given up hope of silencing the people of the Sunnah.

Thus this contrived methodology was born, such that they praise their leaders, pay tribute to them, and speak highly of them. Then, after all this speech, they reluctantly mention some of what is affirmed from them of mistakes and errors. And even in this they are compelled, as they actually do not want to mention the errors of their leaders at all. But if it is said that they must be mentioned, then they will counterbalance them and put them “in perspective”!

So they have legislated and mandated a new matter in the religion of Allaah, which Allaah has not given authorization for. While at the same time they have made prohibited what Allaah has obligated of conveying the message of Allaah and the offering of advice to the Muslims, and warning them from that which would harm and damage their religion. They have prohibited all of these related matters, and so have committed a greater crime against Islaam then those leaders and governments whom they designate and call “idols” and whom they fight and struggle against in their efforts to reach a position of control, leadership, and the seat of power. 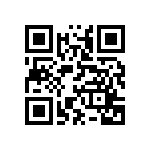 Week 20: The first generations did not allow preoccupation with secondary knowledge …. Series “It is not from the way”

Week 21: The guided Muslims do not dispute with the scholars as students …. Series “It is not from the way”